Stronger, Faster, Harder to Kill. That is the simple mantra of Atomic Athlete. Starting as a private gym in Austin, Texas, providing professional coaching and programming for athletes of all disciplines, whether it be competitive, industrial, or recreational. As an original member of the Atomic crew, founder Jake Saenz approached me about giving atomic an identity. Because Coach Saenz is former a Army Special Forces soldier, a military look was the optimal brand direction. 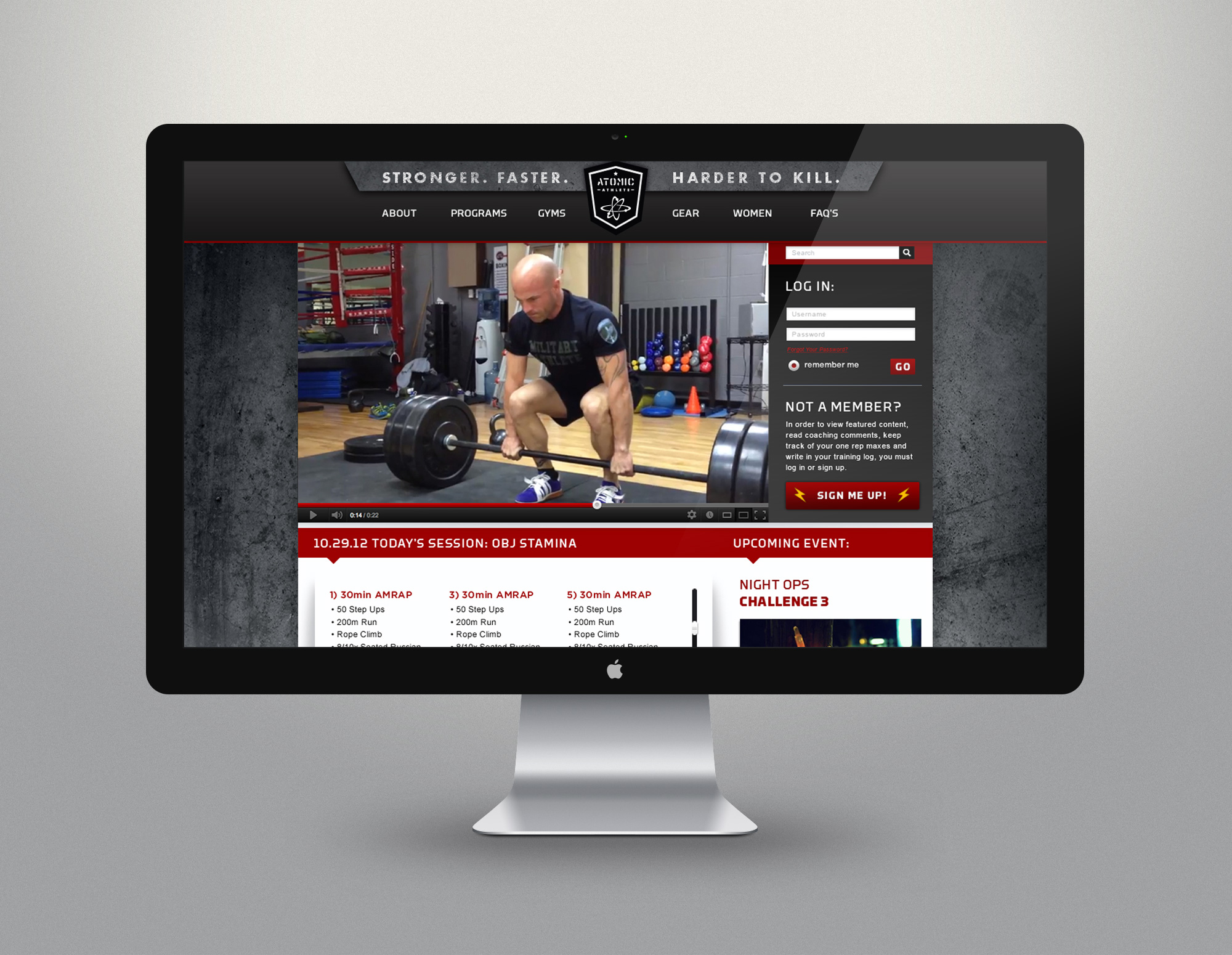